First, a chart of the fall, measured from peak GDP, 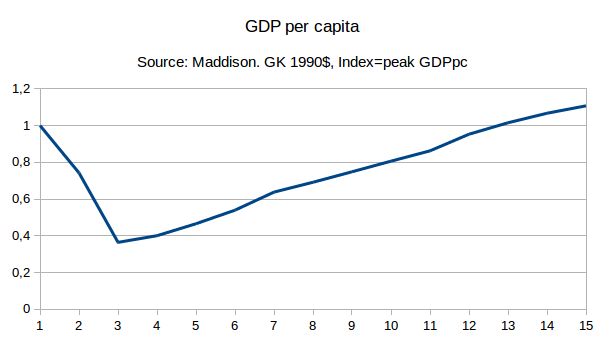 That's 13 years to recover. Some communists take this to mean.. ahá! This proves that communism works, as GDPpc falled badly when the transition to capitalism happened. Here's the chart for the years prior to the fall: 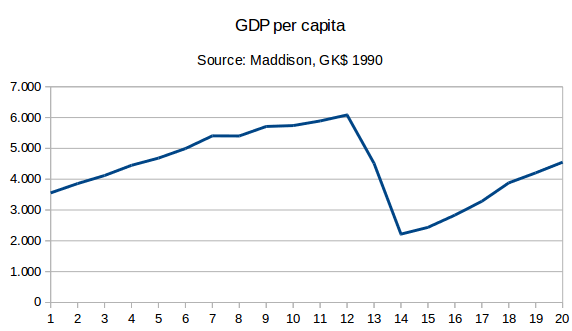 So communism was zooming along, then a transition to capitalism happened, and it took quite a few years to recover.

There's a catch, however. Those two charts are for Nazi Germany at the end of World War II. :-). You just accepted the superiority of Nazism. Oops. 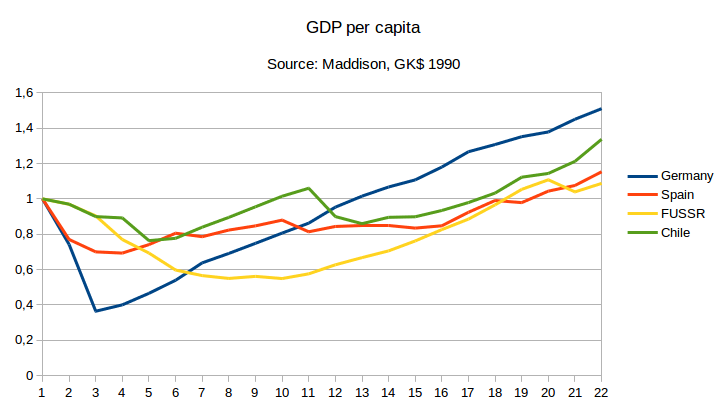 The point of this is to put the Soviet fall in perspective. If you then look at the longer term:

Here there's another chart. Guess what it is: 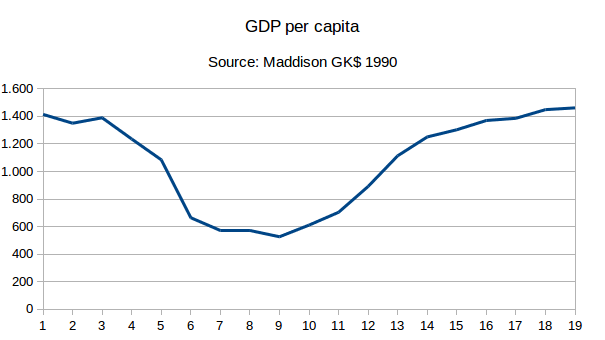 This shows pre-Revolutionary Soviet Union (basically, Russian) GDP per capita.Should we infer that the feudalism is better than communism?

What happened in the Soviet republics: 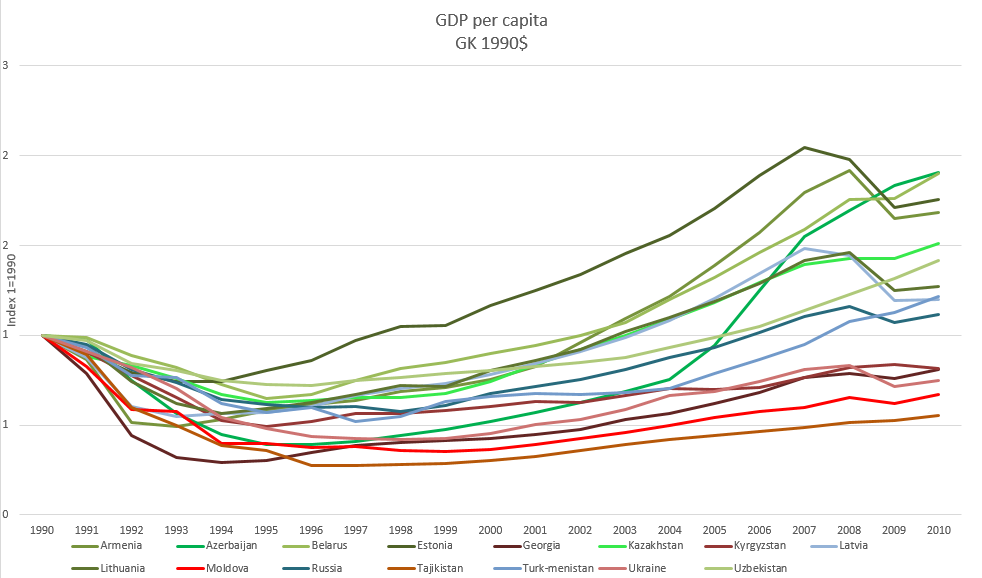 Finally, the case of Poland, 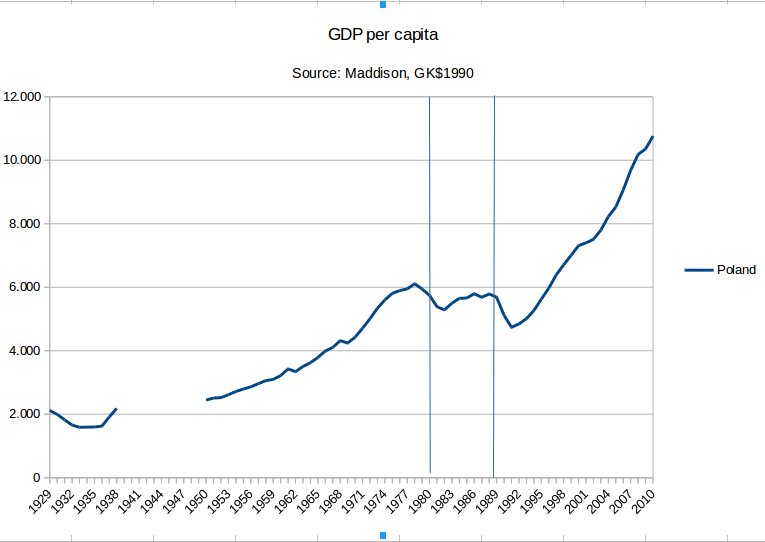 First blue bar is the foundation ofSolidarity. Second blue bar marks the start of the reforms towards capitalism.

What looks like a disaster in the short run may be just a blip in a long run trajectory of growth. The late USSR should be regarded as a stagnating bubble economy, but instead of misallocated resources in a few sectors, it had misallocated resources in most of them. The transition away from central planning should be seen as an event of the same caliber as a post-war depression, especially if it is done the way it was done in Russia (some countries that used to have central planning recovered faster).

‹ No Great Technological Stagnation The role of capitalists in capitalism ›