Gene editing powered by retrotransposons, coming soon to a chromosome near you at some point

In my immunosenescence post I hinted at the possibility of the nervous system playing a role in the aging of hematopoietic stem cells. Well, shortly after a brief review about exactly that came out! And the same goes for the broader topic, neuronal regulation of immunity, and rejuvenation of neural stem cells.

What happens if you give old animals young stem cells (in the form of bone marrow transplants)? Not much. Not too surprised given what I said in the Immunosenescence post about cell-extrinsic mechanisms.

Someone joins a FAANG, discovers that gets paid a lot to do little.

Exercise is better than we thought because people overreport how much exercise they really do.

Flat Earthism 's underlying philosophy: A form of radical empiricism that throws away the foundation of most knowledge: common sense.

Matthew McAteer's experiments with GPT3 and Gwern's May newsletter on the same topic.

But I think they lack a vision. As far as I can tell: they do not have any such thing, because Google Brain & DeepMind do not believe in the scaling hypothesis the way that Sutskever, Amodei and others at OA do.

A mechanist's guide to the coronavirus genome

A standard finding in political science is that spending money on political campaigns doesn't affect election results. New paper comes out that criticises that established fact. Some discussion in the thread.

A book on what's supposed to be the academic view on the startup world. Haven't read but I will at some point.

Palladium magazine article on the Singapore model and how it failed to be transfered elsewhere, even when Singapore itself tried in one occasion.

Cancer survival rate for some cancers has improved substantially.

RCTs are good, but what happens if you have lots of people doing RCTs testing the same drugs? That eventually they seem to work when they don't and ineffective drugs get approved.

Sabine Hossenfelder on big experiments that physicists have proposed. As usual, full of hard hitting Hossenfelderisms like "Unfortunately ignoring economic reality is common for physicists" or "Why do we want to measure... Nothing really, but it keeps particle physicists employed"

I ask twitter: Is the Passover Seder the most elaborate religious ritual currently in practice?

An assessment of Venture Capital and how it has changed over time. Though this is in general and not just SV, It looks like the stereotype is right: Silicon Valley is no more, now being more of a SaaS Valley. 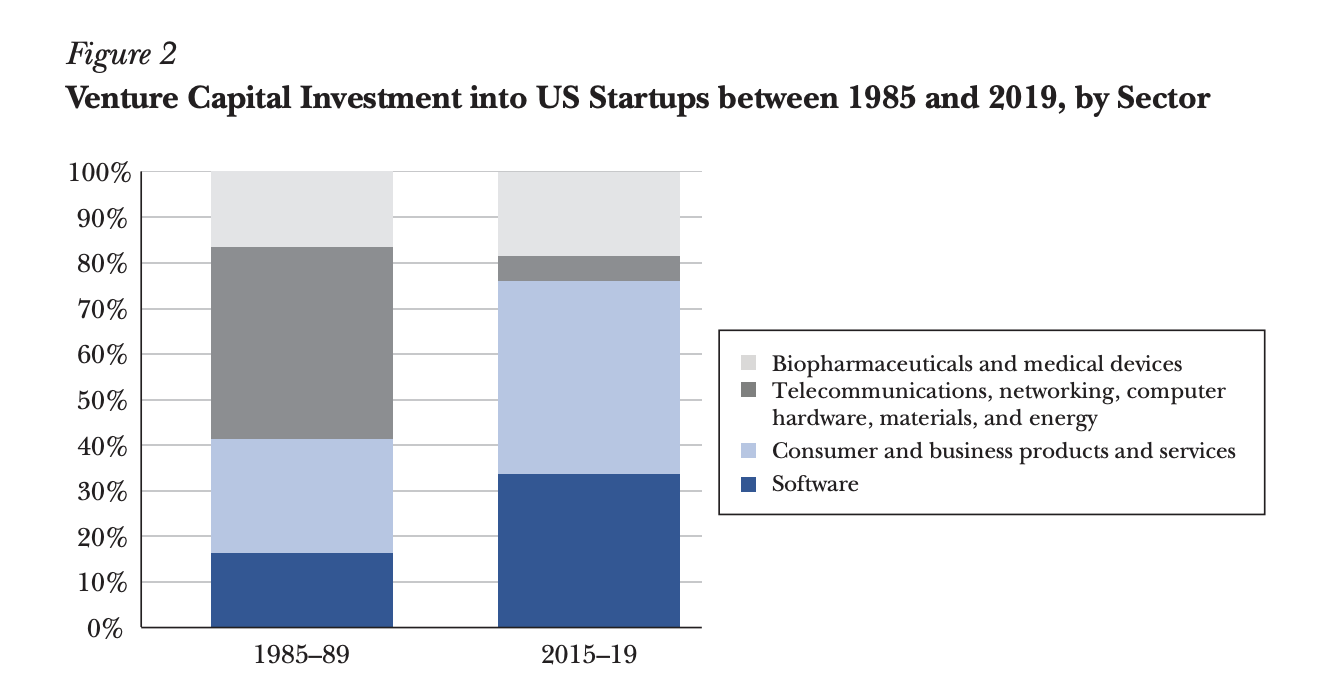 Can skin cream reduce systemic inflammation (Of the sort that is associated with aging). In two studies in mice and humans, it does. Will this replicate? It makes some mechanistic sense, but I haven't read much about it to be sure it will.

I recorded a podcast with Erik Torenberg on science and longevity, people seemed to like it. You can go find it online.

Remember that study that said that studies that get tweeted get more cited? It was fake news. The authors of the original paper replied and.. they made it look worse I think.

Nobel lecture on enzyme engineering via evolution, one more example of giving up thinking about X and going up to spend time thinking about meta-X, or systems that produce the desired X, instead.

Strikingly, this enzyme adapted rapidly to a challenge it presumably had not encountered during its evolution. Furthermore, the mutations that led to the improved performance were unexpected. We could not explain how mutations located on loops surrounding the enzyme's active site enhanced activity in high concentrations of organic solvent, much less plan them in a rational approach to engineering an enzyme with this new capability. But we had a process that gave the right result, even if that result would require much more reverse engineering to understand fully.

Interview with the CEO of Juvenescence

If you collect secretions from stem cells and inject them intranasally to mice... that repairs Alzheimer and extends lifespan (in a mouse model)(!)

Everything you always wanted to know about how much doctors are paid in the US and how much they work, plus the thought experiment of how much cheaper healthcare could be if they were paid less (i.e. if they were paid like lawyers that would result in a saving of 2% of national healthcare expenditure). Reducing their income to that of Swedish doctors would yield savings of somewhat less than 8%.

The hottest, or rather sunniest take of the links is some intriguing evidence that excessive sun exposure (to the point where it causes cancer) is good for you because such cancer is easy to treat and the benefits from sun exposure outweigh the risks.

Some proteins cannot be targeted (they are "undruggable") therapeutically, but it seems possible to use the systems we already have to reduce the activity of a protein (destroying it) for that purpose, and this also works for proteins that are extracellular.